Some Anon bought it and scanned it, another anon TLed it, and a third anon typeset it. Sasuga Anon-sama! 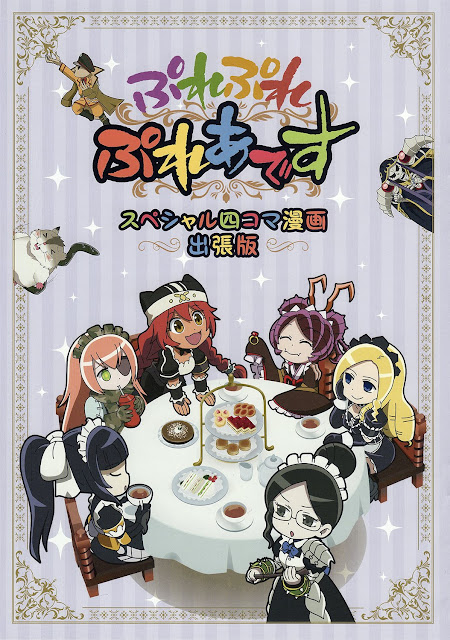 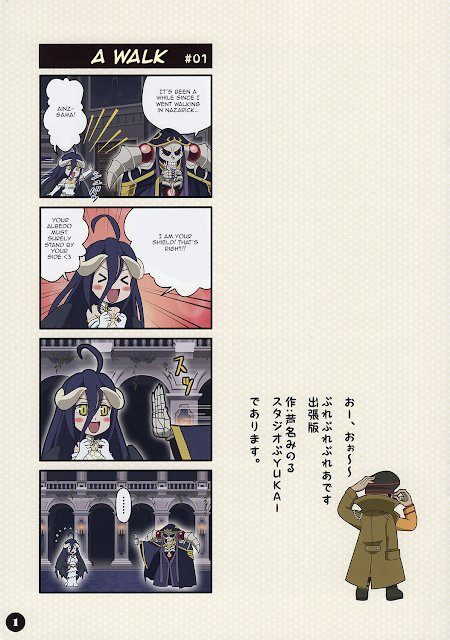 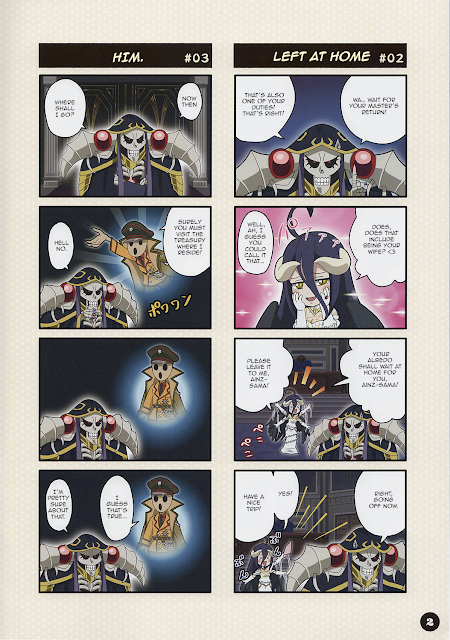 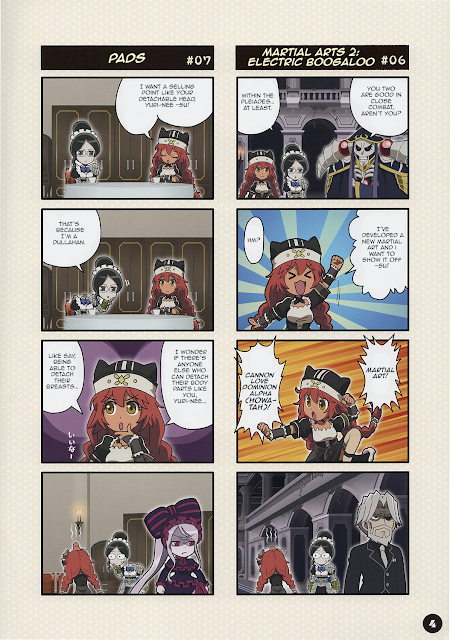 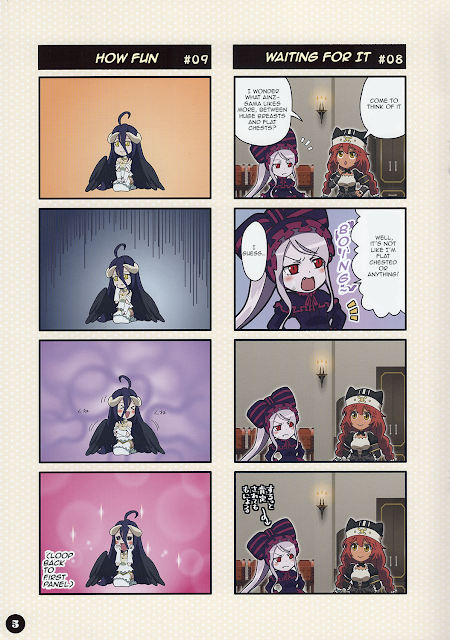 The arrow over Shalltear should say: She's uncomfortable because Lupu agreed so readily. 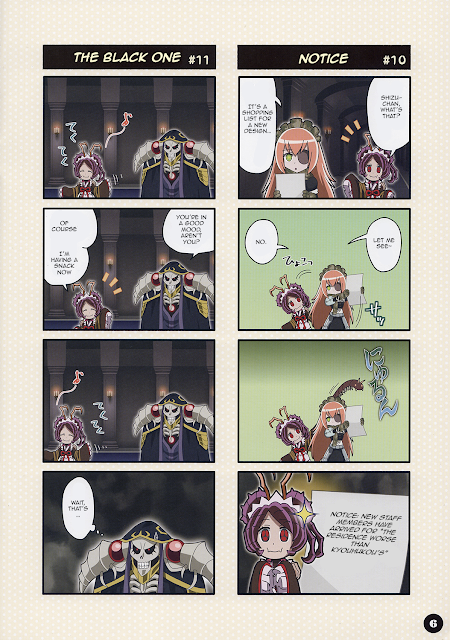 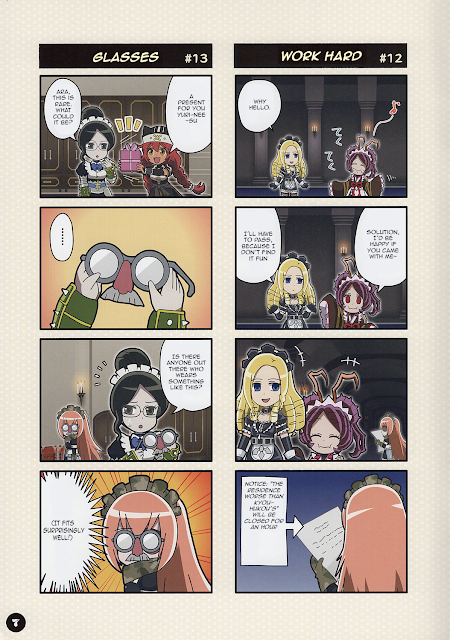 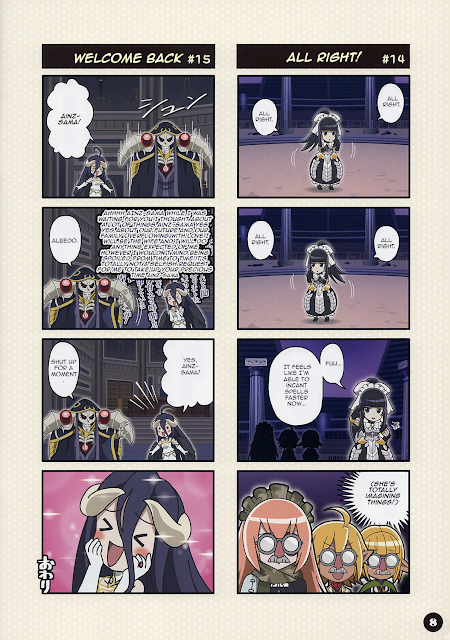 Maruyama wrote a spinoff story on Twitter where Ainz came to the New World by himself and met Evileye. Someone wrote fanfiction expanding on it. Hopefully this will help tide you over while you wait for Volume 12. And so: 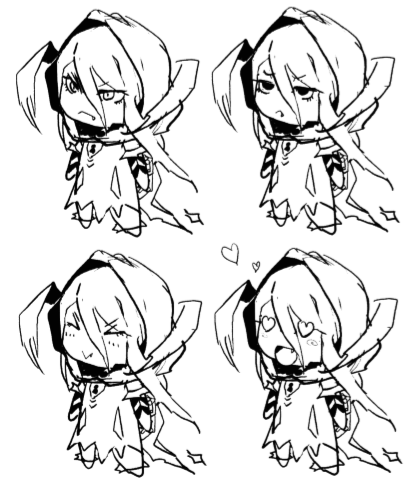 A Big Fat Nothing Burger 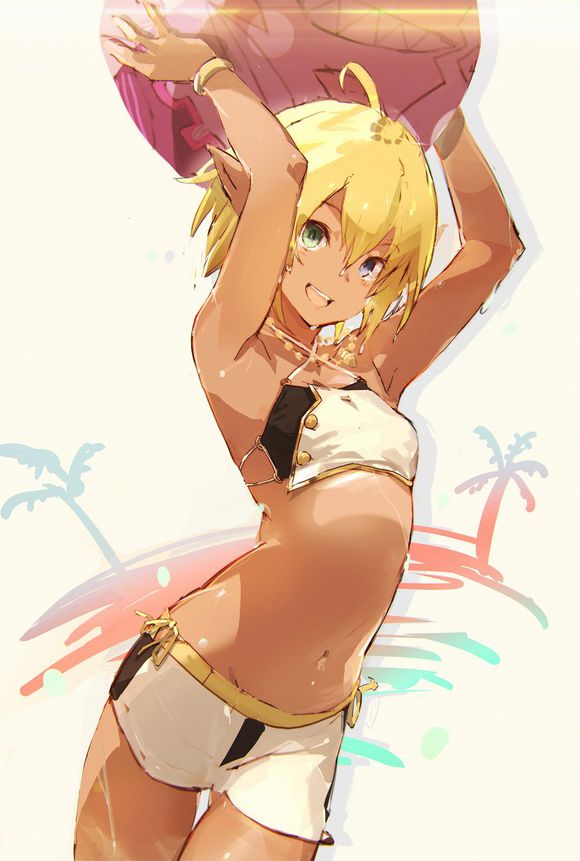 The 12th volume, where justice is confounded. Featuring the attack of the heinous Demon Emperor, Jaldabaoth.

The Holy Kingdom, which takes great pride in its long peace and which is defended by a great wall, is assaulted by an allied army of demihumans.

The supreme commander of the allied forces is the Demon Emperor Jaldabaoth.

The Holy Kingdom faces destruction at the hands of the cruel and merciless Demon Emperor.

The liberating army that seeks to aid the suffering citizens requests aid from the Sorcerous Kingdom, a nation of the undead that are the mortal enemy of the Holy Kingdom

Led by the Sorcerer King Ainz Ooal Gown, the Holy Kingdom sets out to destroy the Demon Emperor Jaldabaoth.

(Special thanks to MPT for proofing the translation of the blurb)